Book review: The Freedom of Self-Forgetfulness 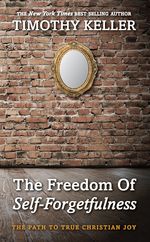 This very short book (a pamphlet, really) offers a third alternative. Keller suggests that our problem is not that we have too much self-esteem or too little self-esteem: our problem is that we think about ourselves too much.

The book is essentially an exposition on how Paul sees himself in 1 Corinthians 3:21-4:7. It’s short enough that it can be quoted in full:

So let no one boast in men. For all things are yours, whether Paul or Apollos or Cephas or the world or life or death or the present or the future–all are yours, and you are Christ’s, and Christ is God’s.

This is how one should regard us, as servants of Christ and stewards of the mysteries of God. Moreover, it is required of stewards that they be found faithful. But with me it is a very small thing that I should be judged by you or by any human court. In fact, I do not even judge myself. For I am not aware of anything against myself, but I am not thereby acquitted. It is the Lord who judges me. Therefore do not pronounce judgment before the time, before the Lord comes, who will bring to light the things now hidden in darkness and will disclose the purposes of the heart. Then each one will receive his commendation from God.

I have applied all these things to myself and Apollos for your benefit, brothers, that you may learn by us not to go beyond what is written, that none of you may be puffed up in favour of one against another. For who sees anything different in you? What do you have that you did not receive? If then you received it, why do you boast as if you did not receive it?

Paul’s answer to this problem is to not focus on what others think of him, or even what he thinks of himself, but rather what God thinks of him. After all, God’s judgement is the only one that matters.

This is profound. Our identity has now moved from being subjective (the opinions of others or even ourselves) to being objective (as belonging to Christ). I certainly found this insight very helpful in how I view myself.

The book is short–you can easily finish it in one sitting. And it’s cheap (Kindle and iBook versions are available). There’s no reason not to get it.

If vanilla is brown, why is vanilla icecream white? 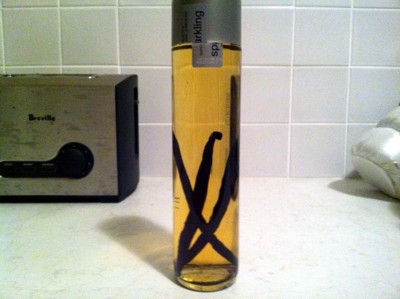 A model for administering independent churches: how it works

This is the second in a series of posts on a model for administering independent churches.

My previous post described the problem that independent churches face in their governance structures. Briefly, we want financial management, etc., to be the responsibility of deacons, but under many current structures for administering churches, the responsibility must be taken up by the elders.

Now I want to offer up a model that may be able to provide a solution. It is summarised in the following diagram:

The main features of this model are:

I think this would achieve what we want in that:

Future posts will elaborate on some of the details.

Are there any issues with this model that you can think of?

A model for administering independent churches: some preliminaries

This is the first in a series of posts on a model for administering independent churches.

Before we go on describing what the model is like, I will need to explain what I mean by an independent church, and why a different model may be useful.

What is an independent church?

By independent church I mean a church association whereby its governance structure is not prescribed.

Most churches in Australia are part of a denomination of some form, which in most cases prescribe ways in which the church is to be administered. For example, most denominations would require churches to be essentially unincorporated associations. Any property needed by the church will be held by some central legal entity (e.g. a property trust). The denomination would then prescribe a governance structure on the church (usually through a template constitution).

Obviously, churches which are not independent can’t simply adopt the model described in my later musings. Nevertheless, I hope that the model may still provide useful insights.

I will assume that independent churches will be organised in a way that is similar to the “elder-deacon model”. Essentially, the governance of the church involves two groups of people:

Generally the elders would be seen as organisationally above the deacons within a church association’s governance structure.

Why a new model may be useful

Note that I am not a lawyer, and this section should not be taken as legal advice.

For church associations, I imagine that the elders would be seen as the management committee in this sense. This means that it would the elders rather than the deacons who would be ultimately responsible for the church’s finances, even though we would normally think that these things are the responsibility of the deacons. The fact that deacons do most of the day-to-day work in relation to finance is not likely to absolve the responsibility of the elders as the lead committee of the church association.

A model for administering independent churches

It’s been a long time since I’ve posted here. That’s because I had, until now, nothing much useful to say. (Plus the fact I was writing reports and Board papers at work all the time, which diminished my enthusiasm for writing.)

Anyway, I’ve been mulling over the idea of a model for administering independent churches for some time, and it’s now a good idea to write it down.

So, over the next little while, I hope to have a series of posts on this topic. It will be organised as follows:

Wrote this on an iPad

I wrote this on an iPad using a 3G connection.

Channel 9 has recently announced that The Block, the renovation reality television show, will be back for 2010.

Surely this is a sign that we may now be in a property bubble.

About half an hour ago I had a fascinating and pleasant conversation with two Mormons, who were apparently visiting someone from their church. I think we had about a 10 minute conversation about our beliefs. A few dot points from things that struck me:

Sadly, all of us were getting bitten by flying insects that we had to end the conversation early.

You may have noticed recent television commercials from Qantas, featuring the paper planes motif.

One that caught my eye is this one, featuring the Qantas Club.

I have been to the Qantas Club a few times, courtesy of my employer. What I am wondering is at what times of the day/week/year, or at which airport(s), is the Qantas Club as serene as the one depicted.

Apparently you can distil anything into 4 pages or less.